Mr. Goldberg graduated from McGeorge School of Law. He began his legal career at Legal Services of Northern California (LSNC) where he interned while a law student. He has worked with the Human Rights Fair Housing Commission and returned to work with LSNC in 2001 as a staff attorney. Stephen has also worked for Northern California Lawyers for Civil Justice, the Coalition of California Welfare Rights Organizations and the Legal Center for the Elderly and Disabled. His areas of expertise include public benefits, housing, health care and child support. Stephen has been involved in significant cases regarding CalWORKs, CalFresh, General Assistance, In Home Supportive Services, Medi-Cal, county health care, public and subsidized housing, housing discrimination and landlord/tenant issues. Most recently, Stephen was lead trial counsel in a major environmental justice case involving a proposed underground natural gas storage facility in an urban area. Stephen has taught in the paralegal program at American River College since 1998, including teaching landlord-tenant law, administrative law and client interviewing. He also has taught legal writing at University of California Davis King Hall School of Law. Stephen currently coaches debate both the Nevada Union High School and CK McClatchy High School debate teams. He has coached at Nevada Union since 1998, and at Sacramento Jesuit High School from 1996 to 2013. 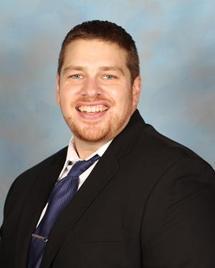 Zac is in his fourteenth year as a social studies teacher at Sacramento New Technology High School. Social justice and societal betterment are what motivate him as an educator, and he is excited to advance those values in concert with the SUDL. When not at school, Zac can be found in a Midtown gym training for a strongman competition, at his home over the causeway in Davis with his wife and cats, or traveling domestically or internationally.